“To say that this Oriental monster is fantastic is to state but half the case. Godzilla, produced in a Japanese studio, is an incredibly awful film … the whole thing is in the cheap cinematic-horror stuff … ” (Crowther 1956).

In his review of the very first Gojira 1954 screening in the States, New York Times’ critic Crowther mercilessly bashed director Ishirō Honda’s sci-fi Kaiju film, dedicating a full paragraph to complaining that the iconic sequence of the nuclear-activated monster’s rampage through Tokyo carried little meaning and was done “for no clear reason”. Crowther’s blunt scorn might (understandably) enrage those who have already known the meaning behind this film—nuclear disaster and the loss and pain it brings. But one could also cut him some slack, for he spoke from the point of view of a person from a vastly different culture, and the ways we interpret a piece of art presented to us are melded in our frameworks and the cultural norms surrounding ourselves.

“Divergent interpretations emerge when there is a gap between the assumptions spectators bring with them to an encounter with a work and the understandings that framed the work’s creation and initial reception.” (Hubard 2007, p. 403)

Yes, I do share some of Crowther’s thoughts about the poor-quality special effects or the tackiness of the man-in-the-rubber-dinosaur-suit scene (speaking of the suit, it actually has a name, Toho), which looks even clumsier now that CGI has become the standard practice. However, as a person coming from a collectivist, high-context, Asian culture similar to that of Japan (Hofstede 2001, cited in Jackson 2014, p. 289), with a fair share of knowledge about the Hiroshima and Nagasaki disasters, I could see through its flaws to see what Gojira conveys and to sympathise with the emotions it evoked in its first audience.

“This footprint is radioactive”. Looking past the patchy special effects and all jokes aside, Gojira certainly was a frightening experience for its first audience whose memories of the Hiroshima and Nagasaki disasters were still fresh. https://t.co/CQHqHxtMcG #BCM320

The interactions between characters, such as Dr Yamane and his daughter Emiko or Dr Serizawa and Ogata, stunned me for how familiar they were—the repressed emotions, the clear respect emanating (Nishimura et al. 2008, p. 790) from the ‘inferior’ person for their ‘superior’. The villagers’ collective panic and fear, the sense of a close-knitted community, also stroke a chord in me.

The scenes with the city in a rubble, civilians evacuated, tanks and ambulances filling the streets must have caused some traumatic flashbacks for Gojira’s first audience in Japan. They are scenes of war, monster or no monster. @BCM320

If the mentions of the mysterious nuclear power possessed by Gojira are not enough proof for the monster’s symbolic meanings, then the sequence of the havoc it wreaked all over Tokyo hit the nail on the head.

The film did more than warning its audience about the potential disasters by careless use of nuclear weapons; director Honda had woven in multiple other themes, especially the conflict between pure scientific research and ethics.

The guilt of a scientist who wishes for his inventions to do good things only has overwhelmed Dr Serizawa. Much like the guilt that tortured Alfred Nobel when he learned that his invention of dynamite was used in the production of deadly weapons. #BCM320 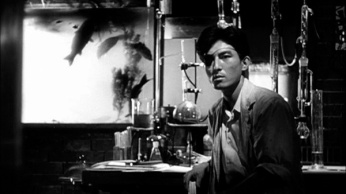 To me, Dr Serizawa’s guilt also alluded to the very Japanese value of altruism, of how at all cost one must not harm nor inconvenience others—the value itself could make for a whole series of blog posts on how it’s upheld in contemporary Japanese society. It is ingrained in every citizen, for in their culture, the emphasis on social cohesion means that the needs and wants of groups must be prioritised over individuals (Jackson 2014, p. 359). 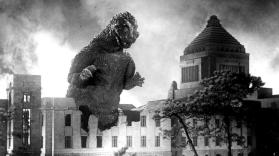 Live-tweeting Gojira was, no doubt, the most amusing experience I have had in this session. For the first time, I could watch so many of my classmates from different cultures reacting in such various ways to the same media text from a culture rather foreign to them.

Oh and watching films with subtitles and tweeting at the same time? That, my friends, is what I’m proud to say I excel at.

book-smart and sugar-addicted || the written word & all things linguistics || email: dmad920@uowmail.edu.au View all posts by Minh-Anh Mia Do

Bachelor of Communication and Media Studies
Global Media major – Linguistics minor
University of Wollongong ’18
dmad920@uowmail.edu.au
—
“You are the gull, Jo, strong and wild, fond of the storm and the wind, flying far out to sea, and happy all alone.”
― Louisa May Alcott, Little Women

Send me any private messages here:

The Specs has been visited