Collectivism (noun) (adjective: collectivist): an orientation towards collective interests and norms with the aim to maintain social harmony.

I was in elementary school in 2004, the year Vietnam reported the first case of a type of avian influenza (H5N1). This virus would go on to turn the healthcare and economic landscapes in South-East Asian countries topsy-turvy within the span of one year, lingering on for several more afterwards. In those long months, even without the level of extensive social media coverage we are seeing and living in during this Covid-19 pandemic, the same atmosphere of “calm panic” was palpable.

The late 2000s then 2010s—as the memes say—just kept on giving, at least for us South-East Asian folks. There was SARS, of course. Then came the “swine flu” H1N1. Each would bring new turbulences just when economies and communities had barely recovered from the previous one.

Besides the now-familiar sense of relentless worry, the image which has stayed with me is that of classrooms in my elementary school, then middle school, full of children wearing masks. Some wore the disposable type; others had those made of flannel- or floral-printed fabric. It was as if we were in a silent agreement that the masks were now part of our school uniform.

Even though mask-wearing has been common in the streets of Vietnam for the past few decades due to our (sadly) poor air quality, that is not the sole purpose. During those pandemics, our parents, like many others’, would explain that we were wearing those masks to keep ourselves and our classmates and teachers healthy and safe. Then and now, even when a child just has a slight cold or flu, the parents will tell the child to put a mask on if they still have to go to classes. Mum and Dad did that with me, too. It is just one of the many habits they taught me that fall under the umbrella of “be thoughtful of others”. 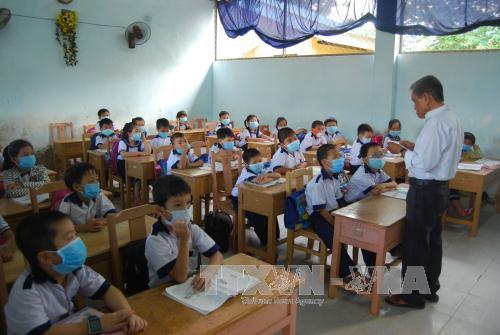 2.      Upon uprooting your life and moving to a country whose overall individualist ideology sometimes clashes violently with the collectivist values instilled in you, try not to hastily discard either of these mindsets.

That image of little children in uniforms completed with identical masks, like images of young schoolkids participating in Flag Ceremonies may stir up within certain people some unsettling feelings (I will not go into details as to why, because this post is not meant to get political). Admittedly, it did to me the first year or so here, the first few times I looked back upon my childhood and slightly shuddered at the uniformity I felt was enforced to an extreme. I was eager to enforce my individualism in a place where it is encouraged. I was excited by the prospect of selfishness not essentially being a bad thing.

One day when lockdown regulations had been relaxed to allow for gathering with a few other people from other “quarantine units”, I was watching the news, lounging on the couch of a friend who also came to Australia from a country where mask-wearing was part of the social etiquettes. Without any cues, we both started belly laughing when the programme was interrupted by a three-minute long segment of “how to properly put on a mask”. The slow pace coupled with the seriousness and detailed and technical manner in which the supposed expert went through each of the hand movements required was, to us, extremely comical. It was made even more over-the-top by the way proper “sciency” germ and disease transmission theories had to be brought forward to make mask-wearing make sense.

Until then, I had not realised the collective, “for others” way of thinking was still part of my emotional and psychological reflex.

A few days after that, my partner and I saw news about people fiercely refusing to wear masks even when the number of cases was steadily growing. Many, many unsanitary words escaped our mouths when we saw that there were now groups calling themselves “anti-maskers” who actively protest the newly mandatory mask-wearing regulations. As we told each other, still wide-eyed and a little in denial: it should have been as simple as “for yourself, and for others”. What could possibly be so controversial or even offensive about such a simple act?

3.      You examine the two sets of values to understand how these etiquettes are, after all, not solely collectivist.

It has been close to two years since I last saw my family in person. Flight tickets were cancelled, the number of video calls increased, and plans for when we can be together again are avoided in most conversations—for there is no such thing as certainty at this point in time.

I worry about my grandparents every day now that the virus is spreading again in our country. It is, however, more of a general sense of worry about their health as they are in their 70s than specific “what ifs”. Say, “what if Grandma or Grandpa got infected by an asymptomatic carrier in his healthy 20s who refuses to wear a mask because he believes more in his freedom than in keeping at-risk members of his community safe and in making sure no families have to hold a funeral where they cannot even come closer than two metres to the casket to say their last goodbyes?”

Wearing some form of face covering is mainly about limiting your chance of spreading any infection to another person. So, it is about others, definitely.

But it is also about you. It means being able to be at peace with yourself, understanding that you have done your part to keep your friends and your family safe. It means the assertion to your individual self that you are a kind and thoughtful person. It is the comfort of knowing that you can do something to keep strangers safe, to keep another family from the tragedy of losing a loved one.

So, put on a damn mask. For yourself, and for others.

book-smart and sugar-addicted || the written word & all things linguistics || email: dmad920@uowmail.edu.au View all posts by Minh-Anh Mia Do

Bachelor of Communication and Media Studies
Global Media major – Linguistics minor
University of Wollongong ’18
dmad920@uowmail.edu.au
—
“You are the gull, Jo, strong and wild, fond of the storm and the wind, flying far out to sea, and happy all alone.”
― Louisa May Alcott, Little Women

Send me any private messages here:

The Specs has been visited