The domestic students’ perspective on the issue of language barriers for internation students and for themselves. 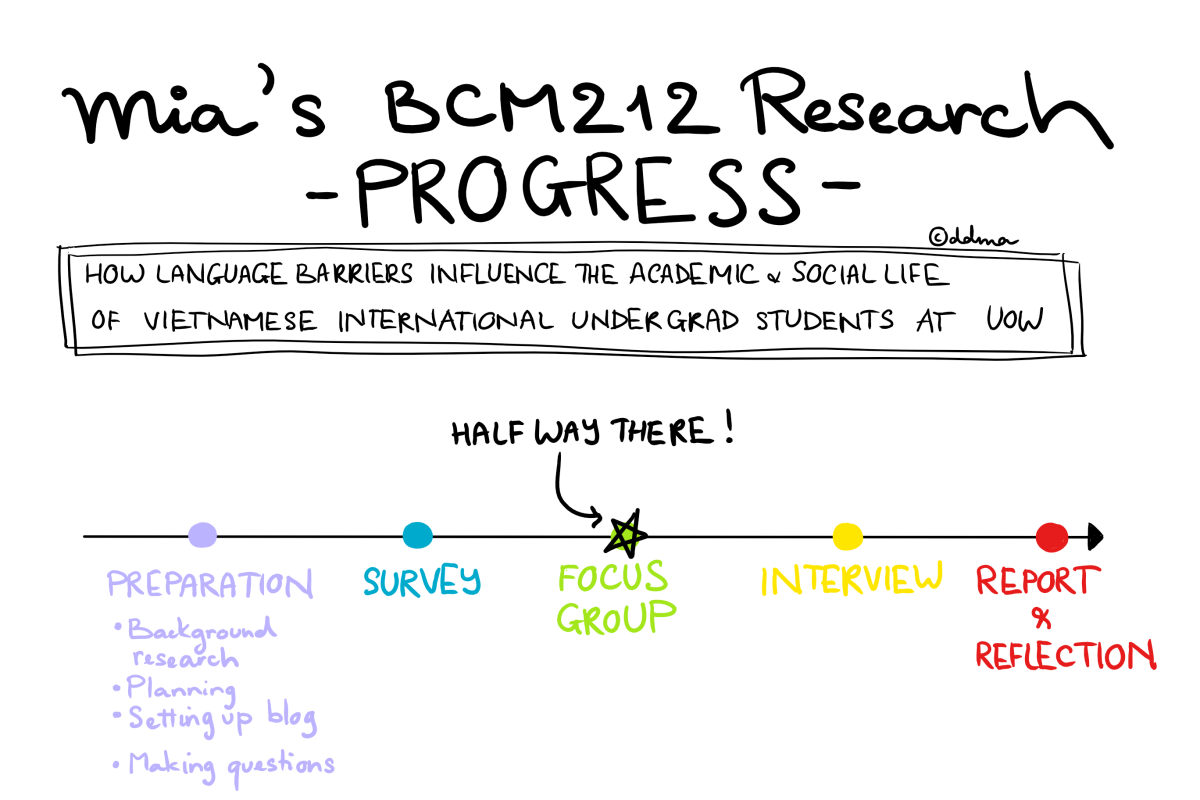 This research has definitely been anything but a smooth ride.

As you could see from my plan and proposal, I initially intended to run a focus group with 6-8 Vietnamese undergrads at UOW, to clarify and explore insights found in the survey. But oh boy did things go out of control…

I sent out around five emails and private messaged another ten people, hoping to recruit at least half of them to the focus group. Yet I had to cancel it, since only one-third of them could participate, and even so, we could not settle for a meeting to run the session.

I thought that part of the plan was left out for good, and as much as I hated it, I was determined to move on over the cancellation and catch up with the rest of my schedule. However, out of some impulse earlier, I had written a back-up plan in case plan A went awry. It was a list of questions exploring the issue from the perspective of domestic students, and fortunately, in one of my BCM212 tutorials, there was just enough time to run a quick 20-minute focus group with the participation of about 10 tute-mates, the majority of which are domestic students. END_OF_DOCUMENT_TOKEN_TO_BE_REPLACED